Save A Trip To The Dealership When You Call Us

If you’ve lost the key to your car or if it doesn’t work, you’ll want to get another one made pronto. We are Sugar Land Locksmith Pros and we’re an automotive locksmith provider specializing in laser cut car keys. Spare yourself the inconvenience of going to the auto dealership. We come to you!

When you request our emergency locksmith services, you’ll have a professional at your location in no time. Your laser key is unique to the make, model and ownership of your car. We will not only cut the key, but our technician will also program it for you.

Don’t Wait Until a Crisis Hits

If you don’t have a spare key, consider letting us make one now. Ensure your peace of mind and call us today. Or maybe your teenager just got their license, make sure you’ve got an extra key for those new drivers. 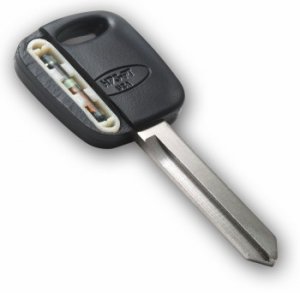 What Exactly Is A Laser Cut Key?

They’re cut precisely on a machine by a laser. Distinguishing them is a central groove that winds down their center. There are no notches on the side of these keys. Inside the head may be a chip or transponder that sends a signal to your car to start the engine or unlock the doors or trunk.

What’s So Great About Them?

You can unlock your car with one of these keys by inserting the key into the lock in either direction. Locks that accept these keys are more difficult to pick than others, making your vehicle more secure. Our technicians have the equipment and know-how to make a new key for you, including programming the chip.

When Did Keys Become So Advanced?

The Bianchi family is an Italian family that’s been in the key-making business since 1770. By the closing years of the 20th century, Camillo and Massimo Bianchi had introduced electronics to the making of car keys. They compiled a database of car makes, models and the necessary depths for key cuts. Using a computer containing this data and a small machine. Today, many key-cutting machines bear the Bianchi name.

A Bit Of History

Though transponder or chip keys came into widespread use in the late 1990s, their history dates to World War II when the Allies used them. Forces fighting the Axis put transponders in their planes so personnel in the aircraft could tell friend from foe.

By 1993, 1.5 million cars were being stolen annually in Europe. Fed up, the Allianz Insurance Group demanded that German makers of cars and motorcycles start using transponder keys. By 1999, all European manufacturers of motor vehicles were using them.